Zombie of the Week: Jesus 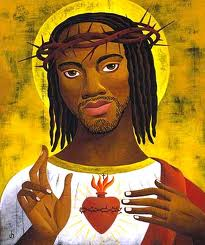 Of course, we celebrate this giant of the risen dead this week.  How could we not?  From the moment he shambled from his freshly opened grave people knew that he was something special.  Jesus was able to overcome his zombification like no other before or since.  He remains the only zombie with his own holiday; although we still have our fingers-crossed concerning Lincoln.

Scoffers may, well, scoff but there’s little argument amongst serious scholars (and irresponsible bloggers) that Jesus of Nazareth, the Alpha and the Omega, the Ruler of Creation and the Bread of Life was indeed a zombie.  He died, he came back and now he wants your brains.  Definition met;  check and mate.

Jesus is a role model to all.  He shows us that the risen dead can be productive members of society and, more than that, celebrated as heroes to millions.