Zombie of the Week: Doof-zombies

Posted by kiwidust on October 5, 2014
Posted in: Zombie of the Week. Leave a Comment 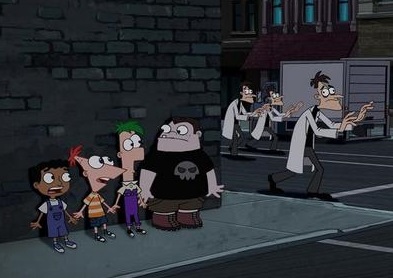 Phineas and Ferb are pretty damn great in the worst of cases, but how could we not celebrate an hour long P&F tribute to the George Romero classic, “Night of the Living Dead”? One that included cameos from George Romero himself as well and Simon Pegg and Nick Frost reprising their most famous roles, Shaun and Ed? How could we not? We couldn’t not, I tell you, we simply couldn’t not!

In the show Doofenshmirtz’s latest “-inator” turns the citizens of Danville into Doof-zombies. Because, why not? Getting touched by a Doof-zombie turns you into, you guessed it, a Doof-zombie until the entire town is overrun. No, it doesn’t make much sense, but Phineas and Ferb has never needed to make sense to be smart and hilarious.