Zombie of the Week: Kieren Walker

Posted by kiwidust on March 9, 2014
Posted in: Zombie of the Week. Leave a Comment 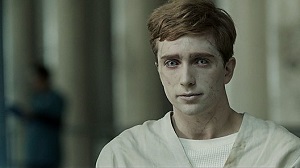 Kieren Walker’s life was hard. His family didn’t understand him. He didn’t have many friends. The one person he did have a connection with, Rick, was so distraught over his sexual confusion that he joined the army. When word came back that Rick had been killed in action Kieren’s life really took a turn for the worse.

Then he died and things got really complicated.

“In the Flesh“,the excellent BBC mini-series (our review), told the story of what happens after a zombie outbreak. Zombism – or “Partially Deceased Syndrome” – is now a treatable, chronic illness.  Sufferers are being counseled and ultimately forced back into a society that fears and often hates them. The series, as all good sci-fi should, forces people to confront troubling societal issues via veiled metaphor.

Happily the series has already been approved for another run to be released some time in 2014. Kieren, dead though he may be, says a lot about our lives and we can’t wait see more of him.