Zombie of the Week: Madeleine Short

Posted by kiwidust on June 10, 2013
Posted in: Zombie of the Week. Leave a Comment 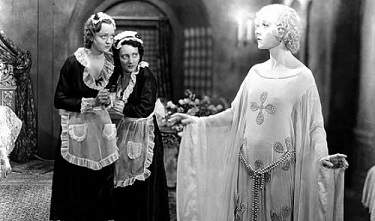 White Zombie [IMDB, Wikipedia] is the story of how a corrupt plantation owner and an evil voodoo master turn the beautiful Madeleine Short into a zombie slave.  Although an independent film it starred Bela Lugosi at the height of his career (less than a year after “Dracula” in fact).  It is widely considered to be the first zombie feature film.

It was also considered to be pretty terrible by the critics of the time.

Reviews included such gems as  “[The film is] interesting only in measure of its complete failure” and “The plot…is really ridiculous, but not so startlingly so as the acting.” It was one of the only American horror movies to be approved for distribution in Nazi Germany (which seems a dubious honor at best).

Madeleine, the titular zombie, was played by former silent movie star Madge Bellamy who reportedly earned $5,000 for her work on the film.  She later recalled that Lugosi would kiss her hand as she appeared on set each day.  Unfortunately her star faded early and she suffered financial issues most of her life.  The first movie zombie died at the impressive age of 90 in 1990.