Zombie of the Week: Cotard’s Syndrome

Posted by kiwidust on March 30, 2014
Posted in: Zombie of the Week. Leave a Comment 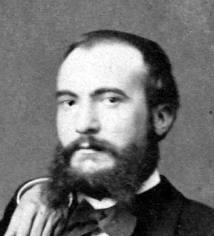 In a, some would have thought impossible, stretching of our definition this week, we glance at Cotard’s Syndrome, also known as “Walking Corpse Syndrome”. First described by Jules Cotard (pictured) in 1880, it describes the firm belief of one’s own non-existence or death.

In some cases only certain body parts or functions are considered missing while in severe cases sufferers may be convinced that they are, in fact, dead. In such cases people have claimed that their organs are missing (as if from a funeral preparation) or that their body is putrefying or rotting away.

Sufferers have been known to incorporate circumstances into their delusion as when a sufferer moved from Scotland to South Africa and became convinced by the heat that he had been sent to hell. Other sufferers have begged to be taken to funeral homes or become distressed that their family’s have failed to bury them. Others reason that if they can talk, even though they are clearly dead, that they must be undead immortals.

In “Plight of the Living Dead” Metal Floss covers 10 reported cases of the disorder, while How Stuff Works answers, “What is Cotard’s Syndrome“? Due to its wildly varying presentation, Cotard’s is often considered symptomatic of other, related disorders rather than a diagnostic condition in its own right. Even defenders admit that the syndrome is incredibly rare and little is known regarding mechanism associated with it.