Zombie of the Week: Clairvius Narcisse

Posted by kiwidust on May 11, 2014
Posted in: Zombie of the Week. Leave a Comment 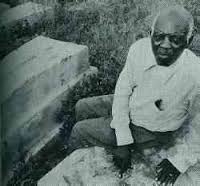 We’re going to take a break from our “Walking Dead” love-fest and bring you the story of Clairvius Narcisse. Clairvius is widely considered to be the first documented case of actual zombism.

On May 02, 1962 was pronounced dead by two American-trained physicians at the Albert Schweitzer Hospital in Deschapelle, Haiti. He had been ill for several weeks before. His sister attended the body and he was interred at a local cemetery shortly thereafter. However 18 years later Narcisse (or somebody claiming to be him) wandered into his village. He was able to convince his family and friends that of his identity.

Narcisse claimed that he was completely aware of his surroundings and lucid while he was pronounced dead and during the burial proceedings, but was unable to move or react. Shortly after his burial an evil “bokor”, or sorcerer, dug him up and revived him as a zombie slave. Forced to work for two years on a sugar plantation he escaped and wandered the country. Convinced that his brother had arranged for his zombification, Narcisse only returned home once he learned of his death.

Canadian scientist Wade Davis investigated the story and believes that the zombie experience can be explained via the use of various toxins. One that inflicts a death-like, comatose state on the victim and others used to keep the zombie in a tractable, trance state. While his work is controversial and has some valid criticisms his ideas see support from other cultures as well.

We couldn’t find any information about Narcisse’s death or current whereabouts (if still alive he would be 92 years-old now) but dead, alive or someplace in-between: this week is all for you, Clarivius!