Posted by kiwidust on August 26, 2015
Posted in: Televison. Leave a Comment 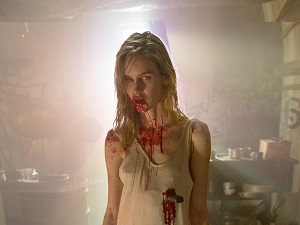 Here are a few random thoughts on the series premier of Fear The Walking Dead episode 101, “Pilot“. This spin-off, set in Robert Kirkman’s “The Walking Dead” universe, follows a wholly original cast of characters during the initial days of the outbreak.

A New Story in a Familiar Setting…

As much as I love “The Walking Dead”, there’s a problem that I assume most fans of both the show and the comic will be familiar with: it’s something that you almost know. Most of the main storylines and set-pieces are pulled from the comic which has been, of course, running substantially longer. The show tweaks, changes and repurposes this material to keep fans on their toes. There are characters alive in the show that have been dead for years in the comic. There are characters in each which have never made appearances in the other.

Still, there’s a familiarity with the material and characters that make watching the show different for long-time fans than for those with no background to cloud their enjoyment. When a character that’s not “supposed” to die dies, there’s a momentary, unwarranted feeling of betrayal. When established characters are introduced they invariably carry expectations. We all know, for example, that Rick is not going to die (although, to be fair, we also all knew, that Glen wasn’t going to die either…)

With the show, we know nothing. Not a single damn thing. Which of these characters will live? Who will rise to challenge and who will fail? I was unprepared for how profoundly this complete lack of foreknowledge – even questionable foreknowledge – affected my appreciation of the show.

…But from a Different Angle

“The Walking Dead”, by design, skipped over the actual outbreak and downfall of civilization. The main character wakes up in the hospital over a month – by some accounts longer – after these events have already occurred with no memory or understanding of what has happened. Kirkman clearly wanted to explore living in a world overrun with zombies, not yet another examination of the initial outbreak. However, having lived with Rick and his people for five years, it’s natural to have some curiosity about that time. How exactly did the infection appear? How did it spread and spread so quickly?

Despite his original promise to his publishers that “The Walking Dead” would transition in a story about alien invasion (really, it’s true!), his undead have remained stoically traditional. There have been flashbacks and conversations about those first weeks, but never a truly in depth examination. This show is going to give us that. I only hope that it resists the urge to move too quickly. Let’s really dig into those first few weeks.

The pilot episode has all the problems that you expect pilots to have, but it’s difficult to hold that against it. We need to be introduced to the cast, to the locations and to the situations. Getting bogged down by exposition is something of a tradition for pilots. Since we know, at least in general, what’s going to happen, the main nuance here will be the characters. Here are some of our initial thoughts in no particular order (we’ve linked to the character profile on the official site, when available):

We’ll admit to some flippancy here. but it’s all in good fun. We’re optimistically hopeful for the show. We can already hear the criticisms that it’s “too slow”, but we never agreed when the same was said about “The Walking Dead”. We like slow, methodical and cerebral with the occasional adrenaline jolt. Give us well defined, interesting characters and we’ll keep watching.