Alas, BEBE 2018, our ninth year, is over! Nine glorious years of chicken ova and grey matter!

Check!  The selections were mostly retrospective this year.  We’ll be doing full reviews of all of these in the coming weeks:

An above average year, all told!

Check! Too much Platter’s Chocolate and, as we’ve done since 2015, Crafty Zombie Cupcakes. We also did zombie sugar cookies and, for the first time, tried Hot Dog zombie fingers. These… didn’t turn out remarkably impressive, but tasted pretty good!  Dinner was the welcome usual of ham, smooshed taters and fried corn. 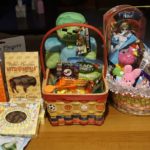 Yeah, the kids are spoiled. 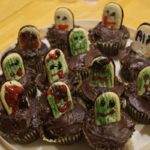 Not pretty, but tasty! 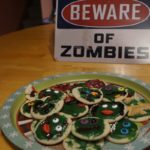 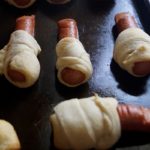 The idea is fingers wrapped in canned dough bandages. 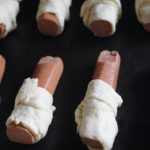 The notches are (supposed to be) fingernails.

Check, but barely! A few rounds of Zombie Dice was all we were able to get in!

Check! As the kids are older now, these are becoming nice and smooth with more actual conversation and less argument and drama. The weather worked out, so the doors were open and a nice spring breeze permeated the day.

We hope that you had a great day with those you love and were able to fit in a little fun and games.  We also hope to see you back here in 2019 for the the tenth anniversary of Boiled Eggs and Brain Eaters!